Genevieve Tester: WE FELL IN LOVE 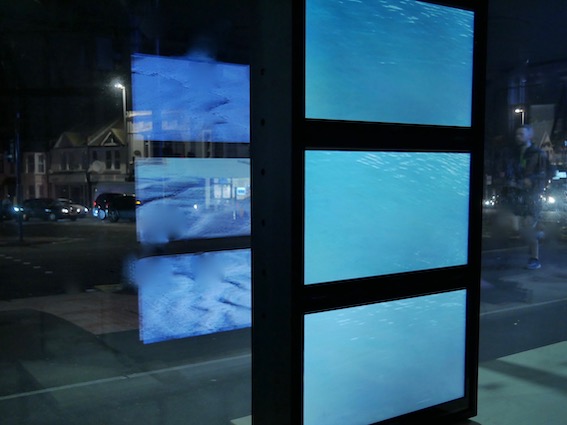 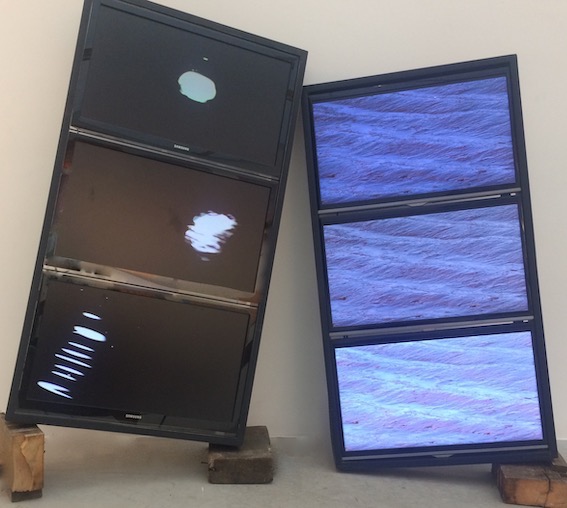 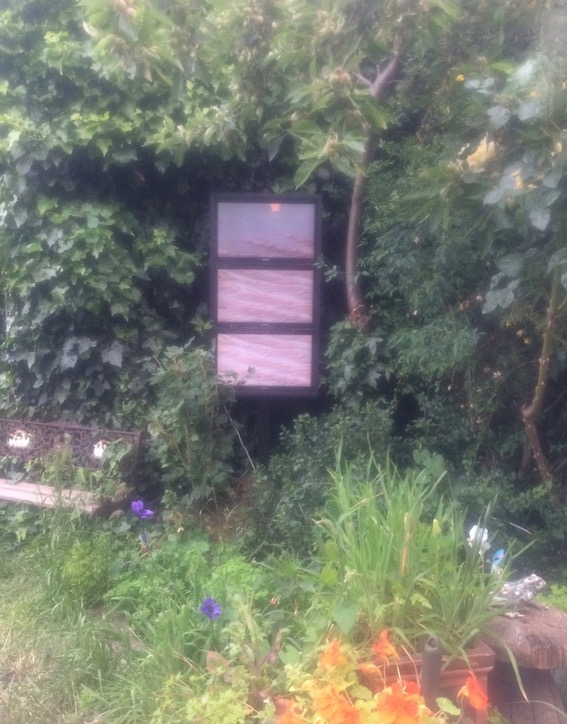 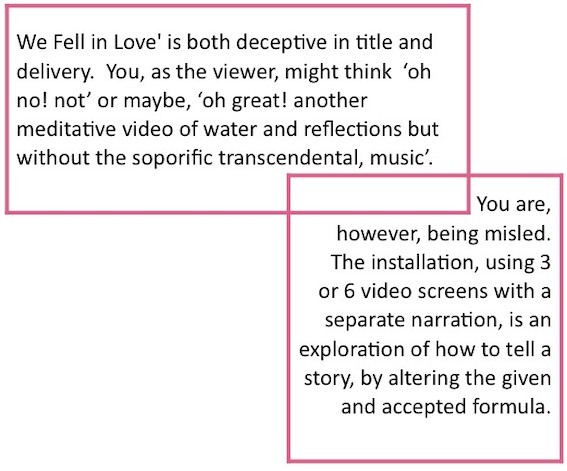 THE STORY
We walked towards her curvaceous long blue lines, her end upturned and pert.
My heart stopped as we stepped on board and walked into a bright open space,
the windows open onto the water with fields lying across the river.
On the way home, hubby with tears in his eyes blubbers 'I want this barge’.
We had fallen in love.

After many freezing eternal winter months, whipping her into modern day,
our trusty old wood burner taking the ice off the windows and de-freezing our edges,
we settled into the life of life on the river. The wheelhouse donning a 360* fantastic
vista, trapped the suns rays despite the cold northerly wind, brushing against the
original glass panes, warmed my winter white skin. Sea gulls hovered in mid air within
my reach, ducks and their cute little ducklings waddled up as soon as they heard the
macerator, their beaks clucking at the prospect of another yummy lunch.
I had never seen so many full moons. The moon clear, strong and bright and so large.
I buzzed as the tide came in lapping at her sides and lifting her gently out of the mud,
softly lolling in the waves. At that point I felt on holiday. Moments of intense heaven.

Little did we know! Love, we soon discovered, can be quite blind…

Every little job on dry land, took forever on water. Constantly negotiating every footstep,
the endless jobs that are non existent on land, large sheets of mdf and ply acting as sails
in the strong cold wind nearly blowing me off the edge into the stinking mud, squeezing
the sheets through the tiny windows, nightmares of rust eating away at the fabric of the
boat as condensation dripped into the steel hull, wore us slowly down.

'I am not a man' I screamed while balancing yet another long, very heavy 8 foot wooden
beam on my shoulder tentatively edging along the very narrow gangway to the front of
the barge. I’d had enough. I was so exhausted continually lugging things on board,
forever negotiating the tiny entrance. All I could think of was sitting in a beach chair,
wearing something pretty with the sun stroking my body and the light breeze brushing
through my hair, images of clean lovely dresses, polished nails, pretty shoes, having
sunny lunches on the cafe kerbs flashed through my head. Well, in real life, polished nails
and pretty dresses always get chipped, battered, paint spattered, spilled on...
not the most girlie ever. But I still dream.

Trying to swing the wood round onto the roof I lost my balance, tripped on the bollard
and my foot hooked onto the rope attached to the quay side. I was in mid air, my head
and body flying towards large jagged steel joists sticking out of the mud, acting as a
very unstable, uneven, dangerous quayside, attempting to hold the force of the supposedly
‘protected’ now destroyed salt march beds. Instinctively I curled my head into my body
to avoid smashing my head wide open on the quay side and dived head long into the mud,
my 11 stone scrunching my spine. 'I can't breathe' my mind racing my face engulfed by
the mud. I managed to suck my face out of the black tarry black stinking slime. I couldn't
move, pain crippling my back. Laying very still, I slowly wiggled my toes.
Phew, at least I’m not paralysed, I calmly thought.

Hubby jumped in, sinking up to his thighs in the mud.

'Call the ambulance, I’ve done something to my back. I can't move, I'm stuck'
I shouted out for help. My voice lost as it ricocheted between the hull and the quay side.
No-one could hear me.

He finally sucked himself out. I could hear him swearing looking for the phone.

For nearly two hours one ambulance crew after another, five in total, stood, looking down
into the mud trying to decide how to get me out. The first lot wouldn't go down into the mud,
the second lot, one of which was a sweetheart young father of two, slid down the quay side
and crouched on the small pallet that was thrown down to create a platform and holding my
free hand calmly chatted while they all discussed/ argued about how to lift me out.

The tide was coming in. I was frozen and wet. I lay extremely still, half my face and body
embedded and stuck in the freezing mud, crabs nibbling at my neck, lug worms wriggling
their way through my now platypus ponytail weighed down with mud and nestled in my hair.
The mud popped and squeaked around me.

'You'd pay a fortune for a mud bath like that.' A voice laughed.
'Sorry, but at this very moment in time, I don't …really …find… this… at all…funny’ I hissed,
breathing in years of who knows what had been petrifying and now oozing from under the
badly newly built quayside, seeing with only one eye the other caked shut.

The swat team finally arrived, three figures dressed in helmets and dry suits emerged out
of nowhere on the pallets, pumped me with morphine, checked the dilated pupils, bundled
me onto the stretcher and swiftly lifted me out. The sirens switched on, I was off down the
very bumpy marina road. I had no idea who was there, tears silently streaming down my face.

Twelve hours later they found me a bed. I had lain in the same position, in the corridor,
all that time terrified of moving. I was totally crusted over in the dry stinking mud, my
long hair a cake in the making, my face half donning a very expensive face mask.
They x-rayed my back. I had a compression fracture in T10. I was very lucky.
It could have been so much worse.

The nurses were amazing. At midnight, they gently wheeled me up to the tiny sink, stuck
loads of towels under my neck and spent ages washing out the dried out mud, the water
releasing the unique, pungent smell. My hair shrivelled up into a totally dehydrated mass
nest of very fine straw. The care, love and laughter I received, still brings tears to my eyes.
And the morphine…

It stopped me in my tracks. Unable to work and in excruciating pain, the wheel house
became my solace, where for days on end I, breathing in the warmth of the sun, stared up
at the sky, and down at the mud and water that had saved my life.

I took stock. I set up my trusty old camera that had lain idle for the past few years and
switched it on. When I finished, I stuck the tapes in a box and left them. I had no idea
what I was going to do with the footage...

Do I have any regrets? NO! Living on Janette was an experience I will always treasure and never forget. Would I do it again? Absolutely! But and its a HUGE but if the mooring was not such an issue. Marina owners are a law onto themselves. They can evict you whenever they they want, charge whatever they want, do whatever they want as you are a 'boatee', a nobody on water.

But 'Our Escape from the Mudway' is an adventure yet to be told! 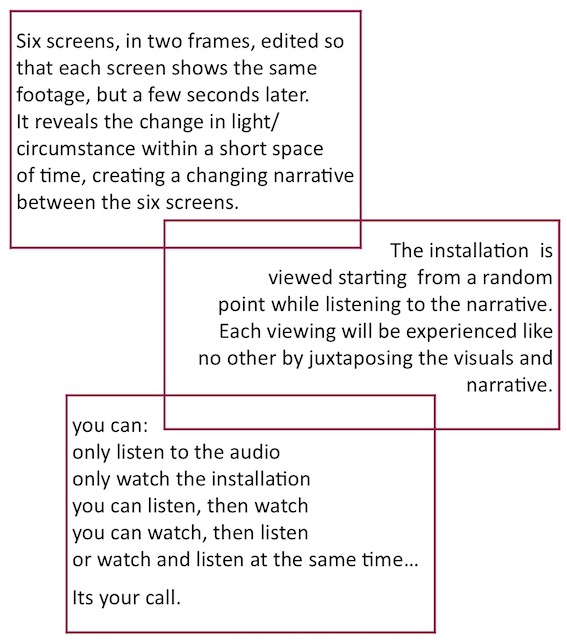 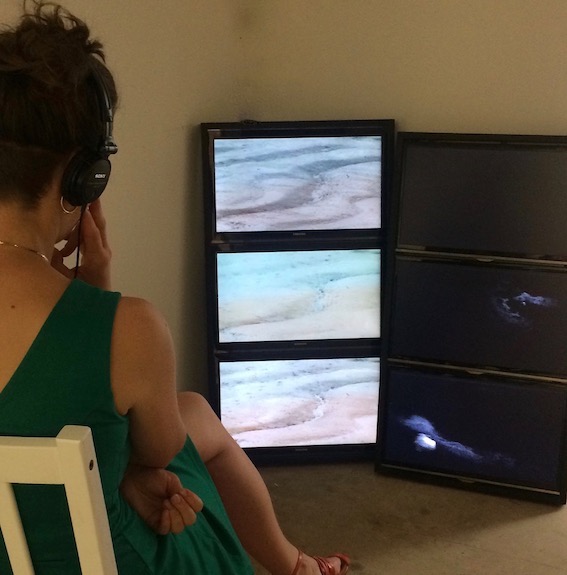